AAA: In terms of selling a film Susan, you mentioned that you can pre-sell. So how does one package this up? As a finance person how does one go about financing this? I suppose one thinks sometimes about other types of projects or other types of business; how is the money moved, how is a film actually financed? In my ignorance I just thought there would be a budget for it from some kind of commercial source, but not sort of layered this way. So what are the different layers ... How would you describe the different proportions that one might see in a, let's call it a 50 million dollar, or a 30 million dollar production? How much of that would be pre sold? How much of that comes from a single big studio, or backer?

Susan: Well again you know it does vary a lot, but in the UK the film tax relief would account for about 20 per cent of the budget. You would maybe pre sell or could pre sell another fifth of the budget, which is basically a sales agent would go to a market at one of the festivals with maybe some promotional footage, cast attached to a project. The basic pitch on the story line, who the director is, and there would be certain geographical territories, or distributors that would then basically give you a minimum guarantee for the purchase of that film once it's made.

Susan: With that, that then becomes collateral, which you can cash flow against when you go into production. Similarly with the tax relief, that is paid after you've filmed, so you cash flow that. Gap finances basically using the unsold territories as collateral, it's higher risk so you pay more of a premium.

AAA: It's a bit like bridging finance isn't it, I suppose?

Susan: It is. Most of that is senior debt. The soft money is often not directly recoupable but you have to give back in other ways. Then the hard core equity investors take more of the risk but more of the upside too.

AAA: Yeah, okay, so I suppose it's a bit like a round that's left open quite a long time, and there's this interesting interaction between how much money is needed and how much is already soft circled. I think people must kind of get a sense, if a production is starting to look very interesting, you've got almost the opposite problem, you've got lots of people who probably want to get involved at that point and you get to the point where you begin to fill your allocation quite quickly. Or in the alternative it's kind of an article of faith, where you haven't got such a high proportion and you're going to have to work very hard for the last tranches. So they're like real analogies I think from what my experience in terms of other businesses, although it's unique, there are some commonalities with other sort of start ups, to use a phrase really.

Susan: Yes, but I think the initial money is the hardest, rather than the closing money, because once you're quite far down the line and you have cast committed and people ... It feels more tangible.

AAA: ..and that initial money is from the equity backers?

Susan: The real money yes. I mean so you can have two fifths of the budget in place in theory, as long as you've got someone to cash flow it. The hard core equity money is the most difficult.

AAA:When you say cash flow, do you mean in the sense of there's enough coming in to match production costs that are ticking over in the interim? 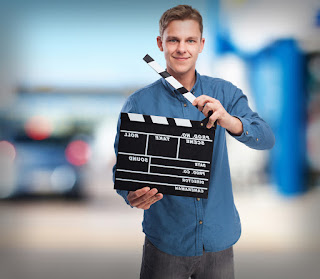 Susan: No, it's basically borrowing against the tax credit that will come in at the end.

AAA:Oh okay, so it's a kind of forwards tranche of money that is not there yet, but will be. It's committed kind of but not there yet.

AAA:OK, so what do you think other early stage businesses can learn from the film industry and are there any aspects of your other experience, particularly in EIS investments, that have helped you find solutions in the film side? So I guess I'm kind of looking at bridge solutions that one sees from the other worlds.

Susan: It's hard, I mean I think with film you're working to a master plan from the get go, that's executed in one fell swoop. Whereas in early stage businesses there's more of a slow burn, and an evolution as the business grows you get a different kind of investment coming in, and that allows you to go onto the next stage. With film, it's a kind of all or nothing, and that requires a lot of determination, focus and flexibility. But those things apply to early stage start-ups too.

Susan: I think the one thing that they all have in common, and is my big bug bear, no matter how good your product you have to know your audience. I think that's a common mistake made across many, many businesses and innovations.

AAA:I could not agree more strongly, that's absolutely right. There's a lot of cases where people seem to have a business or product and think: now who do we sell it to?

Susan: Yes, and a lot of people makes films because they're passionate and creative, and then they're surprised that no one wants to buy them.

AAA:Yeah, I'm reading a fascinating book at the moment by a Hollywood script and plot consultant: Michael Hauge. It's interesting how common some of the themes might be. They sound like a similar structure, but I realised that so many of the films that I've seen have those same elements, and of course the key thing is that they evoke emotion and they engage an audience, whatever area they're looking at. So that's the key thing I think. In terms of other early stage businesses, I think are there any other solutions that you can think, that you'd seen on, in the EIS area, or in tech start ups that enabled you to try those or use those on film?

Susan: I think the language of tech start ups and investors, using some of those concepts and applying them to film has stood me in good stead. Treating the creative ideas as piece of IP, thinking about exit strategies, you know, marketing plans. Those kind of things are very practical and a good guide.

AAA:Okay, so ... this is going to sound like a really direct question but how does a producer get paid? Do they get a proportion of royalties from the eventual revenue?

Susan: There's a producer’s fee in the budget plan, just as there's a directors fee. More often than not a producer defers their fee because the project needs the money. But we won't encourage that. Then as a production company, you have a share of the net profits.

AAA: ..and so how does one get into this in the first case? Or is that almost an accident? I think you found when you started that as you began to get more experience, the offers were coming from elsewhere, you were obviously doing a great job and there was a kind of momentum effect. Is it just a sort of chance contact one happens to have? If you wanted to be a film producer how do you start?

Susan: If you're young and starting from scratch then you need to get some hands-on experience and go and work in a production company, and then feel your way as to what aspects of the business appeal to you most. What kind of producer you'd want to be, whether it's a sort of hands on line producer, or creative development, or more on the finance side. It's hard, there are a lot of people who want to do it, and it's about knocking on doors and like most businesses.

AAA: I suppose you know it's going to be inevitably, it's whatever the producer version of you as a personality is. There's not a sort of standard cookie cutter that one does. There are certain functions but after that it's down to your personality and your experience, and that's what people will ... That's what you want to be in demand for.

Susan: Absolutely and whilst I started off wanting to make a film, my skills have found a more natural home in particular facets of that whole process. That's come from my background, and as you say my personality.

AAA: Very last question Susan: if you met a new producer, what would be one or just two pieces of advice you'd give them, as they were just starting out - that you perhaps might wish that perhaps someone had said to you, something you discovered the hard way. But if you could give them one or just one or two quick bits of advice, what would be the central kind of tenet for them to bear in mind in the early stages?

Susan: It's a hard one, because if I knew then what I know now, I probably wouldn't have started! But I don't regret it for one minute, so best not to know too much, and follow your heart. If that's really, really what you want to do you've just got to have grit and determination, and a thick skin.
AAA:    Okay, well that's wonderful. I want to thank you very much indeed for your time this morning. I think a simply fascinating glimpse into the world of film production - huge thanks to Susan Simnett from Over the Fence Films.

AAA: This is Mike Davis, signing off for today. Please sign up at www.AskAnAngel.com for more content like this direct to your inbox, direct from early stage business and from the world of angel investing 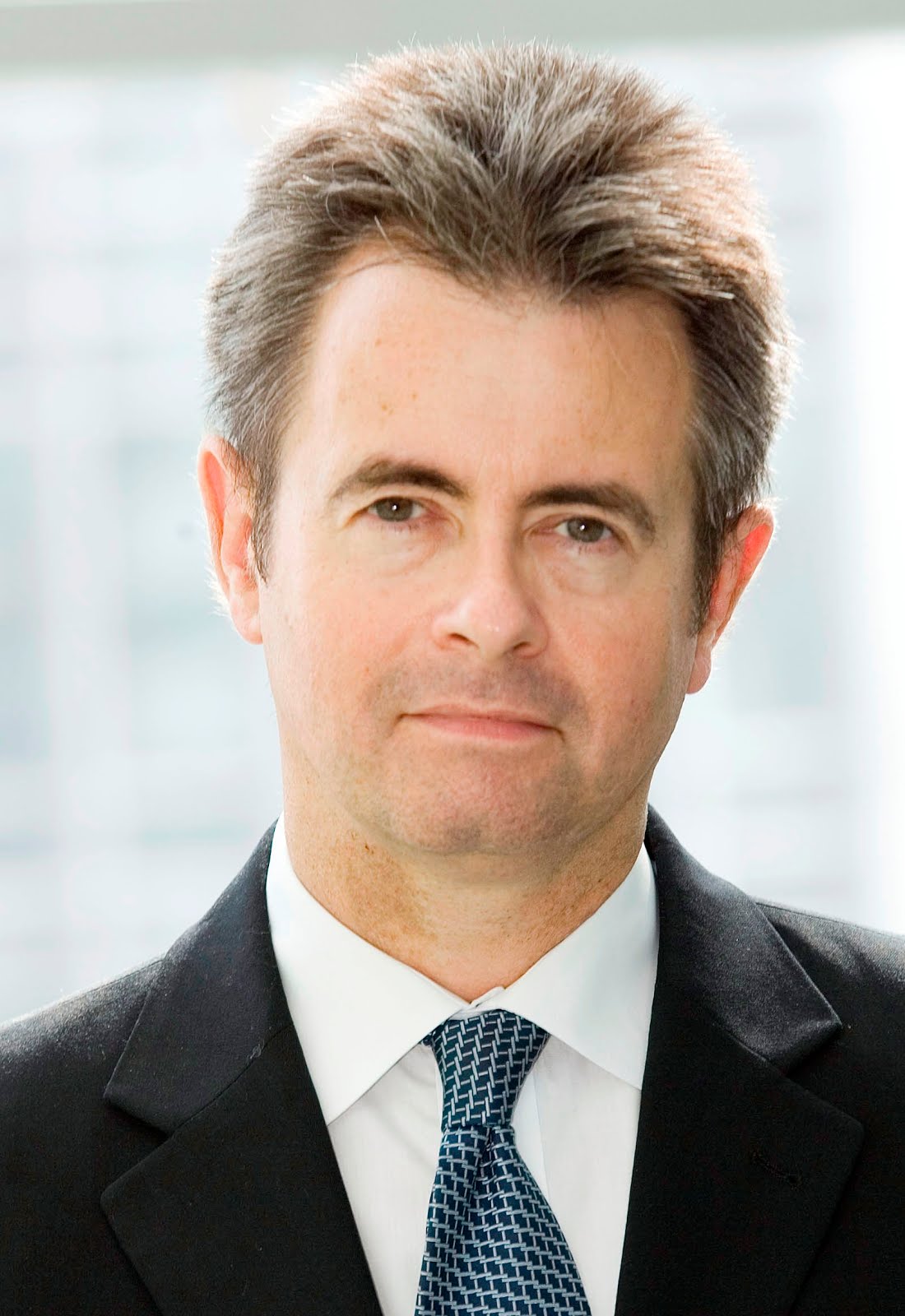